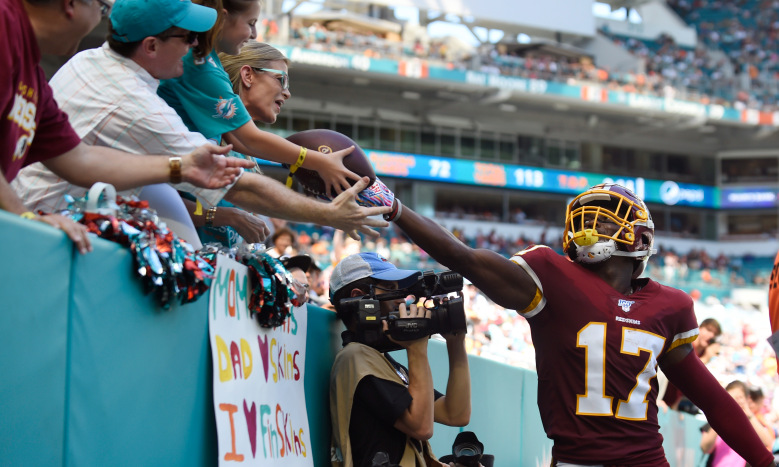 It’s safe to say that rookie WR Terry McLaurin has made an impression so far this season. With 497 yards and five touchdowns through his first nine games, McLaurin is averaging 15.5 yards per catch, and he is the 13th-best wide receiver in the league, according to Pro Football Focus.

The Unique Journey of Terry McLaurin

Terry McLaurin, the Washington Commander's top wide receiver, has gone from a third-round pick who was expected be a backup and special team...

While going back to Indiana makes Terry think of home, he's still fully focused on getting another win to keep the Commanders' streak going....

Although the Commanders are facing yet another change at the quarterback position in the wake of Carson Wentz’s injury in week 6, it may not...

Back to Terry McLaurin Official Shop